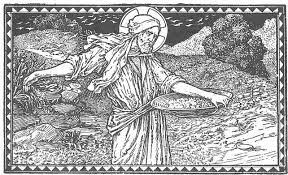 This Sunday is the second of the -gesima Sundays: 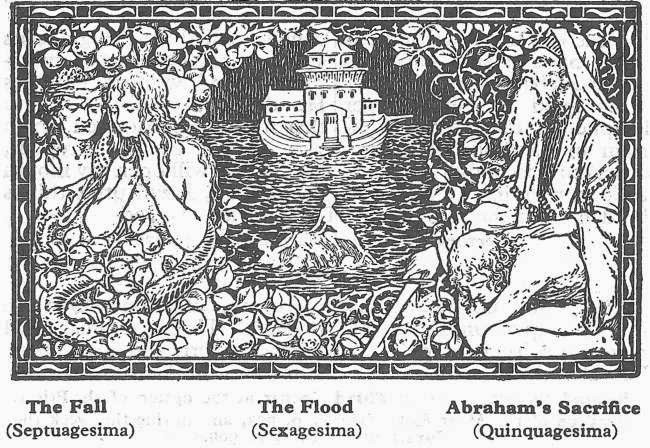 Many thanks to Mgr. Smith at St. Austin's and to the singers and servers at last Friday's Mass of Requiem for Pope Benedict. Mgr. Smith spoke highly of the late pope's achievements and legacy for the Church. As ever, the choir added beautifully to the dignity of the occasion.

- No Mass at Pontefract until next week

Sunday is the feast of Septuagesima which means it is just nine weeks to Easter Sunday. The colour of the Sunday vestments changes from green to the penitential purple.

One or two differences this week:

Tuesday - no Mass at Ossett

- no Mass at Pontefract until 9th. February

A healthier looking picture this week ahead:

Date for your diary: 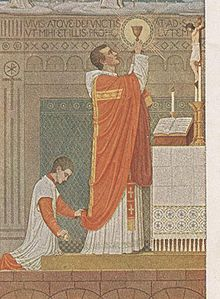 The rumour drum appears to be banging in Rome as does the counter rumour drum about a possible document from the papal pen which would all but put the kybosh on the celebration of the Mass according to the 1962 missal. Whatever the case it behoves us all to pray fervently that there are no further restrictions on the celebration of this venerable rite. Indeed, I am constantly inspired by the words of Cardinal Ratzinger before he became pope:

“I am of the opinion, to be sure, that the old rite should be granted much more generously to all those who desire it. It’s impossible to see what could be dangerous or unacceptable about that. A community is calling its very being into question when it suddenly declares that what until now was its holiest and highest possession is strictly forbidden and when it makes the longing for it seem downright indecent.”, Salt of the Earth (1997)

I hope and pray that because we use it, we must lose it, does not become the case. Such discrimination would be difficult to swallow.

A very much reduced schedule this week:

No Masses on Wednesday Thursday or Friday On hearing of the death of the late Holy Father I was neither surprised nor shocked. I was saddened, imagining his sufferings during his lifetime and  more recently in last days on earth. I was also glad that God had relieved him of all earthly suffering and that Christ the Good Shepherd would be welcoming one of his best sheepdogs home.

The sheepdog who encouraged disillusioned separated brethren to enter the safety of the one true fold; the sheepdog who assumed the power of the shepherd  in stating clearly the legitimacy of the liturgical books in force in 1962 and thereby ending the so called liturgy wars. The sheepdog who guarded the sheep against the wolves in the pen in China. It was touching to see a frail Cardinal Zen at the Pope's funeral. This man is a cardinal who really deserves the cardinal's scarlet, representing its wearer's readiness to shed his blood for the Faith.

I was however sickened the other day when I watched a video of Abp. Georg Gänswein relating (in German) Pope Benedict's reaction to the motu proprio Traditiones Custodes. It broke his heart. What a terrible thing this burden must have been for him. Benedict's earthly race is run. I trust and pray that Joseph Ratzinger is now rejoicing in heaven. Requiescat in pace.

I am in the process of arranging a sung Mass of requiem for Pope Benedict. This will probably be a Mass of the the month's mind and will be in Wakefield on a Friday evening. More details as soon as I have them.

This morning as the Pope's funeral was taking place in Rome, Fr. Winn offered the Mass for him at St. Anthony's Clayton and I felt privileged to serve this Mass.

This week marks the feast of the Epiphany, which is a holyday of obligation.