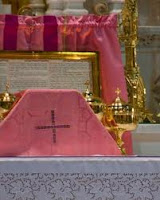 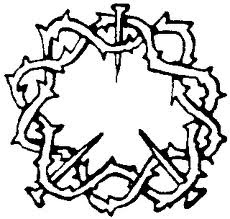 The end of term and Holy week are fast approaching. A generous Priest has donated the paschal candle for us to use this year - I am loathe to get a transfer to put on it, so this year our candle will be hand painted. I am inspired by the Paschal Candle 2010 at St. Peter's, Bradford which was a beautiful labour of love in vivid colours. As well as the Cross and the Alpha and the Omega, I have opted to have the Lamb of God bearing the triumphant banner of the Victory of Life over death and hence our possibility of redemption. Another Priest has given us the brass grains of incense, another has agreed to offer the entire Triduum and another has welcomed us to his chapel. I have managed to assemble a small schola and at least three other servers.
Another Priest long since gave us exclusive space to store vestments and other large amounts of liturgical paraphernalia. Over the next few weeks I shall be making visits to get things ready and probably to the dry cleaners.
I am grateful to all these good people who give so generously of their time and resources. Our patience does now and again seem to be rewarded. Nobody could but doubt what a morale booster Saturday's Pilgrimage was for those who attended in body or in spirit.
Sour grapes award must go to Patricius who comments in the first posting about the Minster Mass on the Rorate blog. http://rorate-caeli.blogspot.com/2011/03/report-tlm-at-york-minster.html - please judge for yourself.
Working on the premise that a Pilgrimage is good for the soul I hope that readers of this blog (which saw a hundred visits yesterday) will do everything possible to alert others to the availability of the Holy Week Triduum and of course attend some or all of it.
at March 29, 2011 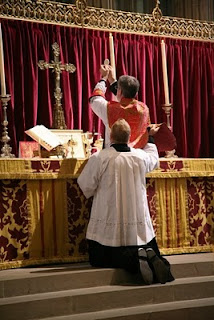 There are many sites offering pictures of Saturday's historic Mass. I offer two below:
http://www.flickr.com/photos/latinmasssociety/galleries/72157626246685473/
and
http://latinmassmiddlesbrough.blogspot.com/
at March 28, 2011

A memorable and solemn occasion

Between six and seven hundred souls attended the Missa Cantata this afternoon, hundreds of which then walked in procession to English Martyrs church via the Shambles, Lower Ousegate and the Bar Convent.
During the procession one of the street buskers who plays an old piano started to play The Lord is my Shepherd to Crimmond and some other young lads who were making a real old noise with battery powered amplification fell silent as the crucifer approached and passed by until the leaders of the procession were out of earshot. Some people were less respectful as we passed by - they were clearly very unnerved by the sight.
The Minster had placed at our disposal a superb group of professionals. These people were a delight to work with.
My own personal thanks go to the lad in the yellow jacket who went ahead of the crucifer to show him the way from the Minster to English Martyrs.
Having been asked to be the MC at the Mass I remembered most things including the timings of the Gloria, tract and Sanctus but I did manage to forget my camera, so I shall post some copied pictures as they become available.
Please remember that our last Sunday of the month Mass at Castleford is now a Missa Cantata, as are the 1st Sunday of the month Masses at Broughton and the 2nd Sunday of the month Masses at Bradford.
Leeds was represented by four Priests in choro.
There were three priests from Birmingham including the PP of the Oratory, the Prior of the Leicester Dominicans and a Parish Priest from Nottingham Diocese. Fr. Maughan, the celebrant is of course a Priest of the Middlesbrough diocese.
It was great to see friends old and new and I don't think I'm speaking out of turn to say that plans are already under way for next year's Northern Pilgrimage to York.
God bless the Pope!
at March 26, 2011

Saturday's pilgrimage to York Minster is of course the big "event" this weekend and tomorrow will see the first Tridentine Missa Cantata in the Minster's history.
As our regular celebrants and servers will be at York tomorrow there will be no regular 4th. Saturday Vigil Mass at St. Mary of the Angels, Batley.
Please remember that Mass is offered every Monday, Tuesday, Wednesday and Thursday in term time at 6.45a.m. at St. Mary's, Crossbank Rd. Batley.
Sun 27 THIRD SUNDAY in LENT I Cl V
No Gl Cr Pr of Lent
Vigil Mass - St. Mary's, Gibbet Street, Halifax at 6.00p.m.
Sunday - Missa Cantata, St. Joseph's, Pontefract Road, Castleford at 3.00p.m.
Sunday - Low Mass, Holy Name of Jesus, Oxford Road, Manchester at 4.00p.m.
Sunday - Low Mass, English Martyrs, Dalton Terrace, York at 6.30p.m.
St. Margaret Clitherow, pray for us!
Heart of Jesus crucified, have mercy on us!
at March 25, 2011 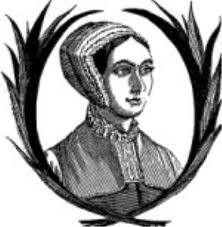 Saturday 26th. March YORK MINSTER - Missa Cantata 1.30p.m.
Followed by a procession through the west doors of the Minster via the Shambles (location of the Shrine and near to her home), Ouse Bridge, location of her martyrdom and on to the church of the English Martyrs, Dalton Terrace, for Benediction of the Blessed Sacrament followed by the veneration of the relic, which has been very kindly loaned to us by the Bar Convent. Similarly we must give thanks to the Dean and Chapter of the Minster who have been truly gracious in every aspect of the arrangements for what promises to be an outstanding occasion.
I attended a co-ordination meeting after Mass on Sunday in York to clear up any final details and was touched by people's generosity of spirit at all levels.
Pro-life groups, Catholic Mother and Ladies groups, home-schoolers, recent converts, young families, interested non-traditionally minded individuals, people from Knaresborough, Shipley, Bradford, Haxby, Leeds, Heckmondwike, Portsmouth, Oxford, Halifax, Selby, Leicester, London, Greater London, Manchester, Liverpool, Harrogate, Sale, York, Gateshead, Newcastle, Scunthorpe, Hull, Wakefield, Keighley, Birkenhead and Sheffield have approached me personally or by e-mail about the event.
Please do everything you can to attend this historic (first Traditional Latin Mass at the high altar since the reformation) in honour of the Pearl of York, the patroness of the Latin Mass Society and moreover an inspirational saint for our times.
Bring a banner for the procession!
I cannot help but think of St. Margaret Clitherow Girls' Grammar School in Bradford which was always headed by a Sister of the Cross and Passion and was the school directly opposite and attached to Cardinal Hinsley Boys' Grammar School, headed by the only headmaster in its two decade history, Walter Earnshaw.
I attended Cardinal Hinsley in the early eighties. During my time there the school became Yorkshire Martyrs Collegiate School - which has now also sadly closed down.
Let us pray for a regeneration of orthodox Catholic devotion and pray that our pilgrimage to York be an occasion of true joy in its Catholic, historic, liturgical, ecumenical, musical and papally approved nature on account of Summorum Pontificum.
God bless the Pope!
at March 21, 2011 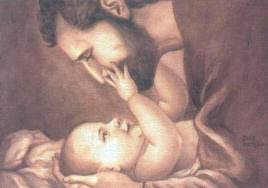 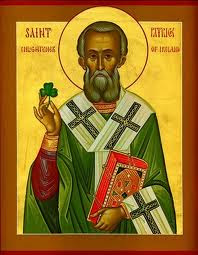 Always a poignant occasion for me since our late son's birth and death on this day in 2001.
He only opened his eyes once in his short life when I poured the water on his head to baptise him - a minute after his birth and a moment before he died.
Ten years ago seems like ten minutes. Compared to infinity it's not even the blinking of an eye.
at March 17, 2011 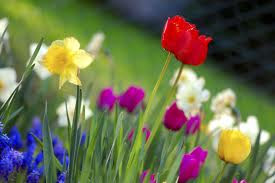 The sung Mass at Bradford this afternoon was a spiritually rewarding experience. Beautiful spring weather, a good turnout with lots of children and a solemn liturgy including the singing of Adoro te devote and the Attende Domine.
Preparations are well under way for the Mass at York Minster which has now even appeared on several of the American blogsites including the New Liturgical Movement. I am presently finalising details for the serving of the Mass and an excellent booklet has been produced for the day. The relic (the saint's hand) will be transported from the Bar Convent for veneration after Benediction of the Blessed Sacrament at English Martyrs church. Rehearsals for the singing are being planned and I think it will be a wonderful occasion.
One Parish Priest has requested supply so he can attend.
Other clergy wishing to attend in choro should bring choir dress and a red stole.
at March 13, 2011

The church of the Immaculate Heart resembled a nursery this afternoon as three little children received the Sacrament of Baptism in the presence of their siblings, cousins, friends and relatives.
Father Wiley took it all in his stride and remarked on how well the children behaved.
I really enjoyed the occasion, the last baptism I went to was our 8 year old son's.
at March 12, 2011 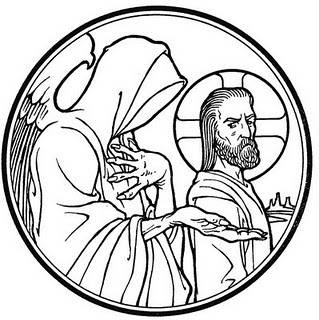 I regret having to announce that the St. Joseph Day of Recollection at Ladyewell near Preston has now been cancelled because of the serious fire there last month. It is hoped to reschedule for later in the year.
at March 09, 2011 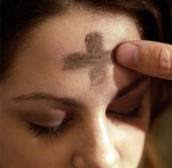 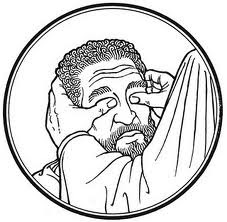