﻿
Rejoice is the message of this Sunday's Mass which is the mid Sunday of Lent and means that there are only three weeks left before Easter Sunday. The Gospel looks forward to the establishment of the Holy Eucharist - Fr Pius Parsch in his "The Church's Year of Grace" calls it another Corpus Christi. We shall have a hymn devoted to the Blessed Sacrament at St. Joseph's to mark this on Sunday. There are three Masses in the EF: 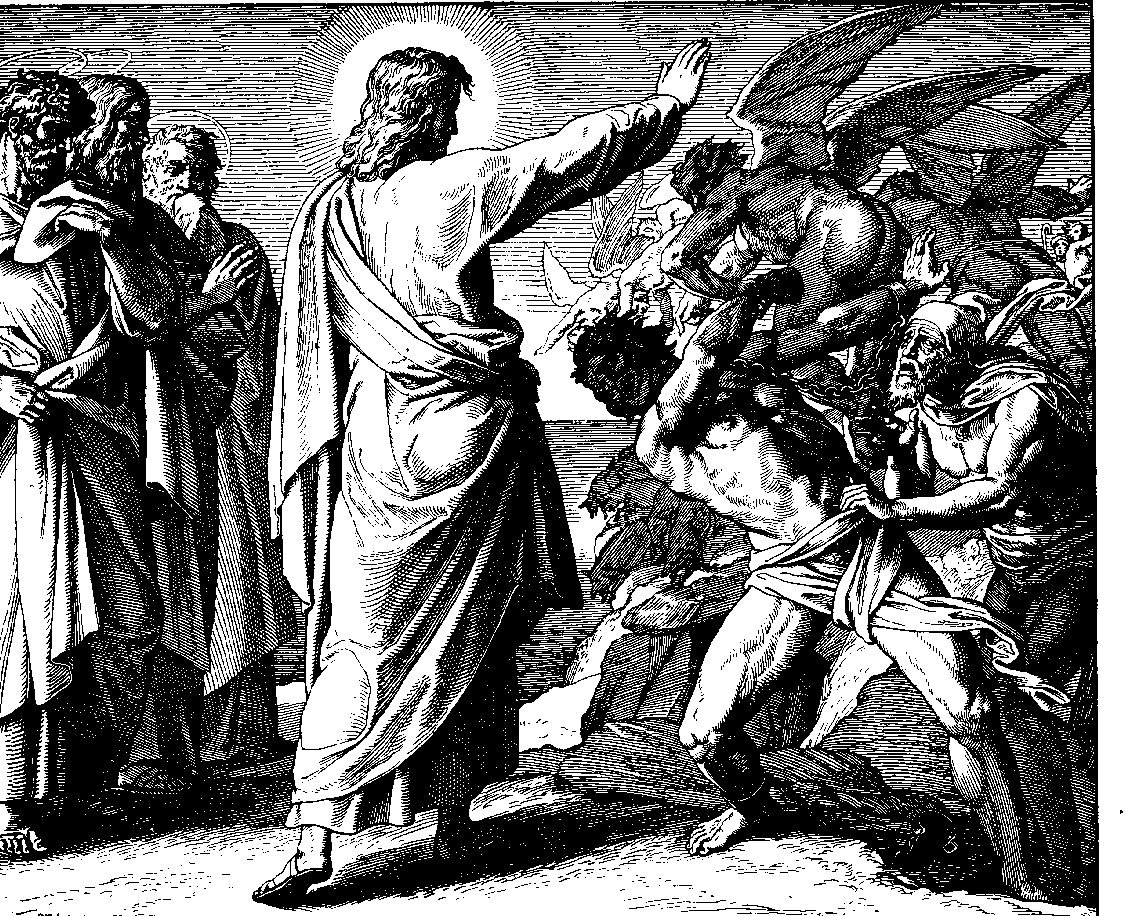 There are three EF Masses this weekend for the third Sunday in Lent.
The Gospel again involves an encounter with the devil. Our Lord makes it clear that we must choose between good and evil - because the truly blessed are those who hear the Word of God and keep it. Sounds like Faith and more good works.

Sunday is also the feast of St. Joseph but this year his feast is observed on Monday because the Lenten Sunday naturally takes precedence.
Mass in honour of this great saint will be offered twice in the EF.

* From the litany of St. Joseph.

The Gospel for the Mass today is the Transfiguration, an occasion which has its own Feast in August and forty days before the Feast of the Exaltation of the Holy Cross. Last week's Gospel saw the tempting of Jesus the Man - this week's recalls Him as the uber-radiant transfigured God revealed to the Apostles and so to us.
Confessions before and after Mass at call.
We have two Masses this Sunday:

Please remember that this year the Feast of St. Joseph is transferred to Monday 20th. March. There will be an EF Mass at St. Joseph's, Bradford at 5.00 p.m. which is of course the parish's patronal feast and in the month devoted to him on this day.
I am pleased to hear that Fr. Whitwell, the assistant priest at St. Joseph's is doing well in his training with a view to offering his first public Mass in the Extraordinary Form soon.

On a sadder note please pray for the repose of the soul of Fr. Geoffrey Hilton of St. Osmund's, Bolton in the diocese of Salford who was found dead in his presbytery a couple of days ago aged 59.
Father Hilton enjoyed the support of his parishioners in some very difficult times.
As a family we were able to attend our first ever midnight Mass at midnight in the EF several years ago when Fr. Hilton broke the mould offering this Mass publicly anywhere in the north of England for some years. May he rest in peace.

There was a pleasing turnout for Mass on Ash Wednesday and one gentleman had travelled from Rochdale and braved the teatime traffic of the M62 to be there with forty odd other souls at St. Joseph's in Bradford.

This Sunday, the first of Lent, sees two EF Masses in the Diocese of Leeds and by this I do not mean the C of E diocese with the same name as ours on the internet and which recently sprang up.
In the meantime there are a couple of changes to weekday provision which I shall also soon bring to the sidebar:
Tuesday Masses at St. Ignatius in Ossett are now at the later time of 9.30 a.m. and Monsignor Smith has established a first Friday Mass at St. Austin's, Wakefield at 7.30 p.m.

Sunday's Mass has the incredibly powerful Gospel about the temptations of Christ by the devil. Our Lord knew temptation until his last dying breath on the cross, the Lord who told us to pray to the Father saying, "...and lead us not in to temptation but deliver us from evil".
It is a vivid Gospel by which I set my spiritual watch each year, having last renewed my baptismal promises publicly nearly a year ago at the Easter Vigil.
The now redundant 2017 septuagesimal season has served its purpose in preparation for the spiritual battle the Church gives us in Lent.
Like any good parent knows the medicine may not be nice but its benefits far outweigh the bitter and even painful taste where their child's life is involved. This is our Church and Mother.