‘Assisted Dying’ and ‘Dignity in Dying’ are simply euphemisms for ‘Assisted Suicide’.

There are many ways in which we can rightly and properly assist people to die with dignity: by offering them our love and care, by supporting them and their families with our prayers, and through the services provided by palliative care and hospices. Advanced age, sickness, or improperly-managed pain, should never be the reason for someone to want to commit suicide; least of all with the help of the very healthcare professionals who care for them, and the families who love them.

There are a few members of the Lords who live in our region, some of whom are from Catholic backgrounds and some others and may be presumed to be pro-life because of their good record on how they have voted in abortion debates and also on previous Bills regarding ‘assisted dying’. As well as praying that they will speak and vote against the Bill, please consider sending them a personal letter or email, from the heart, about how and why you believe life is sacred even as it comes to a close. Ask them if they would kindly attend the debate on 15 October and voice their opposition to the Bill.

If you feel able to, share with them and others your own inspiring stories of friends and loved ones who have approached the end of their life in faith and hope and have gone to God fortified by the Sacraments and Rites of Holy Mother Church.

As Catholics we believe in the dignity of all human life throughout its natural span. Living with the fear of death and pain is part of our human condition – if that natural fear is met with compassion, prayer and the best medical, pastoral and spiritual care, all people can live – and die – with true dignity.

The Rt Hon. the Earl Peel lives in the Diocese and is an Amplefordian, so may well take a Catholic view on this issue

The Rt Hon. the Viscount Eccles of Moulton has spoken eloquently and voted against similar ‘assisted dying’ issues in previous debates. His wife is Baroness Eccles in her own right.

(NB – Whatever a peer or peeress’s title, a letter or email to them should simply begin Dear Lord/ Dear Lady plus their Surname – e.g. Dear Lord Kirkhope … Dear Lord and Lady Eccles …)

This is the Year of St Joseph; he is the Patron Saint of making a ‘Happy Death’.St Joseph: pray for us.

LIVING WITH DIGNITY: YOUR Letter Can Save Souls! | Diocese of Leeds

Thank you to Mgr. Grogan who offered Mass for the first time at St. Joseph's, yesterday. It is refreshing to see so many priests on the rota now at St. Joseph's.

This week Masses are as follows:

Today when I arrived at St. Joseph's, Bradford, the parish Priest told me that one of the Franciscan Friars of the Renewal from the nearby St. Pio friary was waiting to have a word with me.  He introduced me to Fr. Franciszek who was ordained in May and has since being a minister at a solemn Mass and has said the old Mass on many occasions since his ordination. Fr. had already contacted the bishop to seek permission, which he duly received,  to say the Mass. He wanted to know if he might join the rota - and so we now have six or seven regular celebrants who are willing and able to celebrate the Mass for us on Sundays at St. Joseph's and in their parishes. It was very moving at the end of Mass for the people to kneel individually to receive his first blessing. Ad multos annos Fr. Franciszek. Originally from Nebraska, Fr. trained for the sacred priesthood in New York. We wish him God's blessing in his priestly ministry.

This week there will be Mass as follows:

NO MASS on Wednesday at St. Winefride's 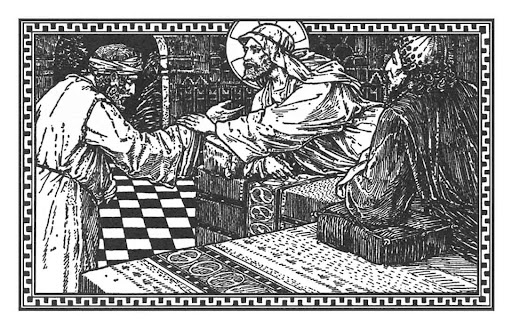 Sunday is the 16th Sunday after Pentecost and we have 2 Masses:

On Tuesday there is no Mass at St Ignatius and no Mass at St. Joseph's, Pontefract on Thursday as the clergy are on retreat.