This Sunday is the feast of Candlemas and we have two Masses:

Tomorrow (1st February) there is Mass in the Ordinariate of Our Lady of Walsingham Rite at 3.00 p.m. at St. Joseph's and there will be Evensong also at St. Joseph's on Monday at 7.00 p.m.

On Tuesday there will be a funeral at St. Winefride's so the Extraordinary Form Mass will be at the earlier time of 10.00 a.m. 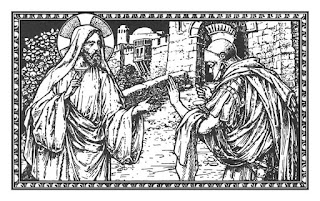 The human and divine Christ are again manifested to us in the Gospel at this weekend's Mass as we are still in the Christmas season. Yet we will not see green vestments again for many weeks until a Sunday until June.

A few days in Krakow this week gave me the Christmas tingle of late Advent which I experienced as a child.
We attended three EF Masses at three different churches at convenient times. At each Mass the altar was decorated with Christmas trees. My wife and I were the oldest people at any of the Masses we went to except on Thursday when we heard Mass at the former Jesuit church of Ss Peter and Paul where Pope Saint John Paul II's parents were married early last century. Here the Polish/American priest was older than we are by about 20 years.
The joy of Christ's birth and subsequent flight (and survival) of the Holy Family into Egypt are still redolent of the gold, frankincense and myrrh brought by the Magi.

The Magi followed the light of the star but beyond that light rests the liturgical darkening of the season of Septuagesima which in Rome and the northern hemisphere coincides with the noticeable start of the lengthening of the days. After Candlemas we can more easily visualise the blending of the joyful into the sorrowful mysteries of the Rosary and moreover the Passion narrative. Light from light as we look to the glorious mysteries.

We have two Masses on Sunday:

This week in Bradford there are Masses at St. Winefride's, Wibsey at noon on Tuesday and at St. Anthony's, Clayton at 9.30 a.m. on Thursday. 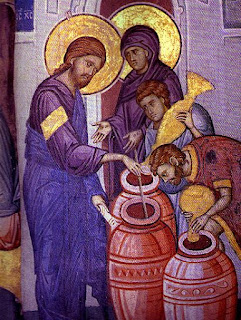 This Sunday is the second Sunday after Pentecost with its beautiful epistle and Gospel. We have three Masses:

Reminder that there are Masses in Bradford at St. Winefride's at noon on Tuesday and at 9.30 a.m. at St. Anthony's, Clayton on Thursday.

The first Mass at St. Winefride's earlier this week saw a decent turnout and Mgr Grogan's first public Mass was a moving experience. As far as I am aware this was the first ever public EF Mass in the "new" St. Winefride's church which opened in the mid 1970s but which has altar rails and lends itself well to ad orientem worship before the tabernacle.

Feast of the Holy Family and another regular Mass 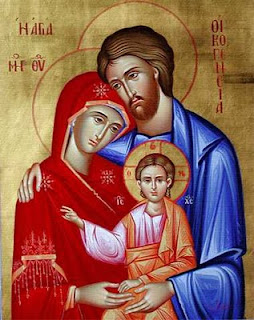 This Sunday is the feast of the Holy family and we have two Masses:

If you are wondering whether to have a look at what goes on at the EF Mass what better opportunity than this wonderful feast? Specially because the traditional family unit is so severely under attack these days not to mention the value of human life from conception to natural death.

Reminder that on Tuesday 14th January at noon we will be having the first regular EF Mass at St. Winefride's, St. Paul's Avenue at Wibsey.

Today I finalised details of another regular Mass with Canon Wiley. He will be offering Mass on the second Wednesdays of the month starting in February at 7.30 p.m. at St. Joseph's, Back Street, Pontefract.

This is the third new regular venue of 2020. 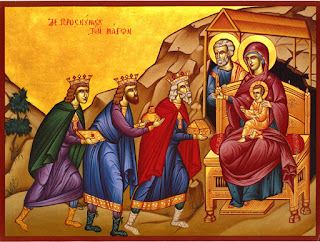 This Sunday we have 2 Masses for the feast of the Epiphany:

PLEASE NOTE - the Mass according to the Rite of Our Lady of Walsingham will resume on Saturday 4th. January at 3.00 p.m. at St. Joseph's, Bradford. I hope Fr. Stafford is now fully recovered. 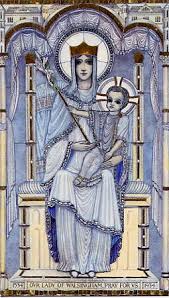 I am very pleased to announce third and fourth regular venues for the EF Mass in Bradford. Mgr Grogan, the Parish Priest of Mary Mother of God Parish in South Bradford has been training to offer the Mass and from Tuesday January 14th he will be offering Mass each Tuesday at noon  at St. Winefride's, St. Paul's Avenue, Wibsey, Bradford. On First Fridays he will offer Mass at 6.00 p.m. at St. John the Evangelist, Cooper Lane. Many thanks to Mgr Grogan for this. 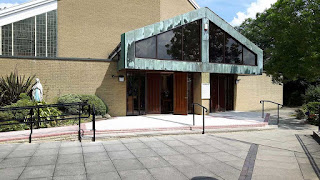