There are some events which I would like to draw to your attention over the next few days:

Saturday 29th March - National annual pilgrimage to York in honour of St Margaret Clitherow and the York Martyrs - High Mass at St Wilfrid's, York. There will be no Mass at Notre Dame, Leeds as I shall be at the Mass in York.

Next week there will be an extra Mass (sung) at St. Joseph's, Skipton Road,  Bilton, Harrogate at 4.00 p.m.offered  by Fr. David Smith of the army, and as always with the blessing of Fr. Byrne, the PP.

The Holy Father has appointed Bishop Malcolm McMahon of Nottingham as Archbishop of Liverpool. I have met his grace on several occasions at Latin Mass events and Masses and have always found him to be  charming and courteous. I wish him every success in taking on Liverpool.
Photo - Bishop McMahon at the 2013 LMS training event at Radcliffe College near Leicester.
at March 21, 2014

On Sunday  April 6th Dale Ahlquist will be speaking at Holy Spirit Catholic Church in Heckmondwike on "G.K. Chesterton and the Real Father Brown" at 2pm.

Holy Spirit Church was built by Fr. John O'Connor, the priest upon whom Chesterton based the famous detective Fr. Brown. The Church is celebrating its centennial this year.

Following the afternoon lecture, Dale will be speaking at Leeds Cathedral for the Cathedral's ongoing lecture series. It will be in the Wheeler Hall at 7.15pm  on the  "The Return of Chesterton".

Suspension of Masses at Heckmondwike and a scoop 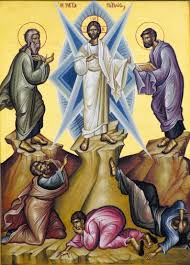 This year marks the centenary of the opening of the church of the Holy Spirit at Heckmondwike. There has been extensive work to repair the fabric of the building over recent months and now the church is closed for a few weeks to enable complete redecoration. Consequently there will be no Extraordinary Rite of Mass there until after Easter. There are plenty of celebrations planned for the centenary including a visit from Mr. Dale Alquist, the President of the American Chesterton Society* who will give a talk at the church on Sunday April 6th. at 2.00 p.m.


Masses tomorrow for the second Sunday of Lent

Dale Ahlquist is President of the American Chesterton Society, creator and host of the EWTN series “G.K. Chesterton: The Apostle of Common Sense,” and Publisher of Gilbert Magazine. He is the author of three books, including The Complete Thinker, which was published in the fall of 2012, and has edited eight books of Chesterton's writings. He is a Senior Fellow of the Chesterton Library at Oxford, and is considered one of the leading Chesterton scholars in the world.

Dale has given over 400 lectures at major colleges and universities and other venues, including Yale, Columbia, Cornell, Notre Dame, Oxford, Cal-Berkeley, Cal-Tech, Rice, Penn, Dartmouth, San Pablo (Madrid), the Vatican Forum in Rome, and the House of Lords in London.

He is the co-founder of Chesterton Academy, a high school near Minneapolis, which was named one of the top 50 Catholic high schools in the country in 2012.

Dale received a B.A. from Carleton College in Northfield, Minnesota, and a M.A. from Hamline University in St. Paul, Minnesota. He and his wife Laura have six children.

“Ahlquist on Chesterton is like Plato on Socrates, or Boswell on Johnson.” New Oxford Review. 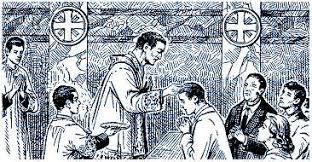 Wednesday is Ash Wednesday - the holy season of Lent begins and our spiritual journey to the Easter fire begins.
Ashes will be blessed and distributed before Mass at 11.00 a.m. on Wednesday at Sacred Heart, Broughton. Thanks again to Fr. Parfitt for this.

After a lot of negotiating and selfless goodwill from our clerical friends we are once again able to have the Easter Triduum. The Vigil had been in doubt, but thanks to permission from Mgr Wilson (the Apostolic Administrator) and obtained by Fr. Wiley we are able to have the Vigil earlier in the afternoon. I am really delighted that Fr. M. Hall can again grace us with his presence as celebrant for the entire Triduum and that this jubilant Mass will be sung. Thanks to Fr. Kravos for hosting us again at Notre Dame Chapel. Details of Triduum to follow.